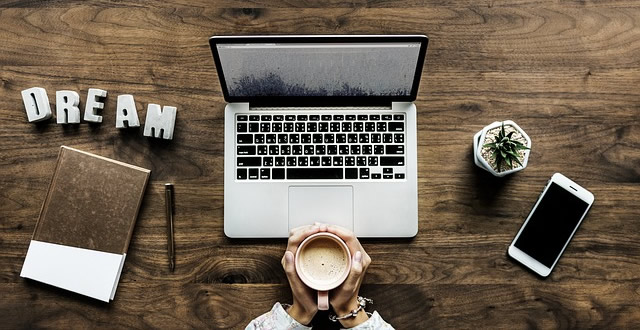 There is no one-size-fits-all instruction manual for entrepreneurs. Every venture and niche is different, each requiring varying approaches to achieve success.

However, soft skills such as a strong work ethic, being a self-starter, and having the ability to solve problems effectively can be learned by studying the example others have set.

Below, we profile the life stories of three great entrepreneurs. We hope those feeling hopeless, demotivated, or intimidated will be energized by how these moguls smashed through the roadblocks that stood between them and success. 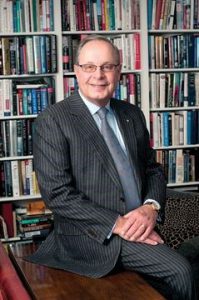 Our world is rife with tremendous wealth; despite this, poverty and homelessness persist. After being molested by a priest as a teenager, Frank O’Dea fell into downward spiral fuelled by alcoholism. Soon enough, he found himself begging for spare change on the streets of Toronto.

Most people’s stories would have ended there. Not Frank. As the harsh winds of winter bit hard one day in 1971, he realized change was needed or he would soon die.

He used one of the last dimes he had to call an addiction control centre. Within months, he had quit drinking. Despite only having experience as a panhandler, he applied to jobs incessantly, eventually finding work as a salesperson.

A few years later, he met Tom Culligan while serving as a volunteer on a political campaign. After pulling off an underdog victory for their candidate, they teamed up to found Second Cup Coffee.

Second Cup brought elegance to the Canadian coffee shop industry. Focused on offering coffee and pastries that were a cut above their competitors, they quickly gained traction in the marketplace.

Five years later, Frank was a millionaire, with memories of cold sidewalks still firmly lodged in the back of his mind.

Homelessness is an insanely difficult trap to escape. Yet, Frank O’Dea rose from the ashes of his troubled youth to become not just a wealthy person, but one of Canada’s foremost philanthropists.

If he can achieve success, there is no reason anyone else can’t. 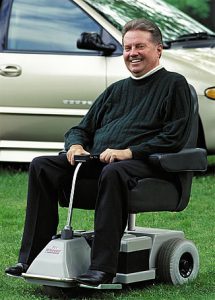 When parents hold a newborn baby in their arms, it’s easy to imagine the bright future which lies before them. When chronic disease rears its head, though, it can feel like a dagger through the heart.

Ralph Braun was just six years old when he was diagnosed with Muscular Dystrophy. Slowly, his muscles would waste away until he would be confined to a wheelchair for the rest of his life.

Expectations of the disabled were low back in the 1950s – essentially, they were expected to be dependant on others for even the most basic tasks. As a young man with his entire life before him, this didn’t sit well with Ralph.

Determined to live a full, independent life, he set to work with his father. Months later, they emerged their workshop with the world’s first battery-powered scooter. When the manufacturing plant where he worked as a manager moved, he retrofitted a jeep with hand controls and a hydraulic lift.

These inventions, borne from a determination to participate fully in American society, soon gained widespread attention. The ensuing demand led him to start Save-A-Step Manufacturing in 1963, which became known as the Braun Corporation in 1972.

This company essentially founded the adaptive transportation industry. Producing millions of wheelchair-friendly vehicles and retrofits for city buses over the years, BraunAbility (as it became known in the 2000s) has transformed life for disabled people around the world.

Ralph Braun could have listened to his doctors, opting to live an existence dependant on friends and family. Instead, his burning passion for independent living gave millions of others the ability to enjoy the same. 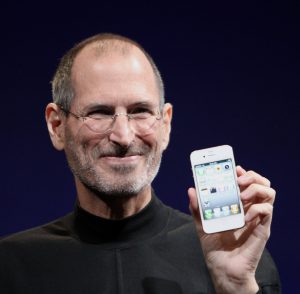 As the Age of Computers dawned, Steve Jobs started out with a massive advantage over other tech entrepreneurs. Raised in Silicon Valley, he didn’t just have access to electronics, but the brilliant minds needed to breathe life into his ideas.

As he developed what would become the first Apple computer, his growing interest in the arts made him realize existing units lacked the human touch. This perspective informed his decision-making process from that point on – it eventually led him to create the Macintosh, the world’s first computer with a graphical user interface.

Despite this achievement, Apple CEO John Scully later voiced disagreement on where Apple was heading. Wanting to focus on smaller niche markets not dominated by IBM, the board sided with Scully. Jobs resigned months later, having lost control of his own company.

Within a decade, their shortsightedness led the company to the brink of bankruptcy. In 1997, a crucial decision was made to acquire NeXT, the company Steve Jobs started after being ousted from Apple.

He overhauled how Apple was run, making a fateful move towards developing consumer products like the iPod. By 2006, they were worth more than Dell; back in 1997, their CEO said if he had acquired Apple, he would have shut it down and returned value to shareholders.

Though his life was claimed by pancreatic cancer in 2011, it was his leadership that led Apple to become the world’s first trillion dollar company in 2018.

Steve could have taken the money he earned from Apple in the 1980s and lived off the interest for the rest of his life. Instead, he stayed hungry and foolish, creating devices which have transformed society (e.g. the smartphone) in profound ways.

Committed to changing lives for the better, entrepreneurs are some of the most inspirational people in our society. With drive, persistence, and passion, they show us that if you believe in something and chase after it relentlessly, you can achieve it.

Even like this type of articles, you can read more on our blog about Jam Koum (WhatsApp), Kim Dotcom (MegaUpload) and Bernard Groves.

Fastest Growing Brands Over the Last Year
Home Genetic Testing is here – What does it mean?

2 thoughts on “3 Impressive Entrepreneur Stories to Learn From”