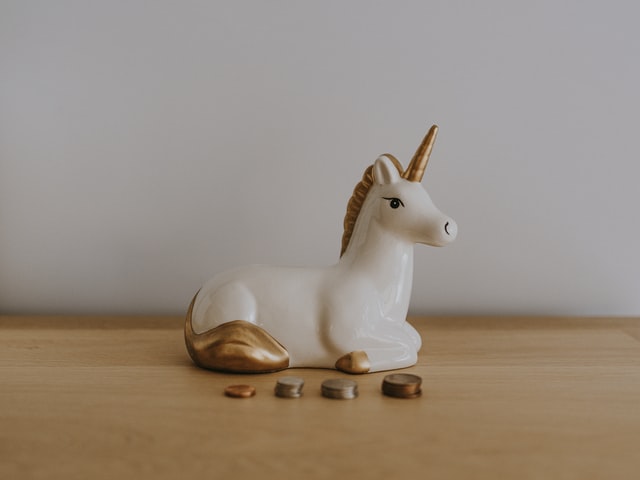 From creating profitable business models, securing funding, and hiring the right staff, building a business from the ground up is a grueling task that can take many years. This makes unicorn startups all the more remarkable and worthy of a closer look.

Generally defined, unicorn companies are private startups that are worth over $1 billion. The label was penned by American venture capitalist Aileen Lee to refer to the statistical rarity of a business milestone that is similar to the mythical unicorn. As of June 2021, there are just over 600 unicorn startups globally each worth under $2 trillion.

Let’s take a look at the top 10 startups that reached the billion-dollar milestone in record time.

Currently valued at $4.4 billion, Instacart is a grocery delivery service that connects customers with food retailers. The San Francisco start-up was founded in 2012 and took 2 years and 4 months to reach unicorn status.

With the Instacart app, you can do online shopping at your local stores. After making a purchase, Instacart assigns personal shoppers to do the shopping and deliver the goods to your house within a scheduled delivery time. From Whole Foods and Target, to Costco and Safeway, you can shop online from a variety of local establishments and order your weekly staples.

Some of its biggest active investors include American Express Ventures, Kleiner Perkins, Sequoia Capital, and Andreessen Horowitz. Its founders are Apoorva Mehta, Brandon Leonardo, and Max Mullen. Its current market value is around $30 billion.

Based in San Francisco, Brex is an American financial service and technology company that offers cash management accounts and business credit cards to technology companies in the US. It also provides startup founders access to corporate credit cards without requiring a personal deposit or guarantee.

Founded by Brazilians Pedro Franceschi and Henrique Dubugras in January 2017, Brex took a mere 21 months to become a $1 billion venture.

An American business data center and cloud-based security company, Illumio was founded in 2013 by Andrew Rubin and PJ Kirner. It took Illumio 2 years and 3 months to rise to unicorn status after its first round of seed capital.

Illumio provides an innovative approach to data protection which entails encrypting the data itself in a protective bubble. This means that even if data is stolen or hacked, hackers will not be able to access the stolen information.

Its active investors include Andreessen Horowitz, General Catalyst Partners, Accel, and Jerry Yang. It has a current market valuation of $2.75 billion.

Desktop Metal is an American 3D metal printing company that designs and markets 3D printing systems. Its vision is to make metal printing accessible for engineers and manufacturers.

Founded in 2015 by Ric Fulop, Desktop Metal is headquartered in Burlington, Massachusetts. Its active investors include BMW, Google Ventures, and Ford Motor. Currently valued at $1.5 billion, Desktop Metal was once touted as the fastest-growing “unicorn” in the history of the United States.

Letgo is a second-hand shopping app that lets people buy and sell their belongings locally without needing calls and emails. It’s a marketplace filled with a variety of goods, from electronics and cars to clothing and furniture. All communication happens through the app’s exclusive chat program.

Founded by Tim Kentley-Klay and Jesse Levinson in 2014, Zoox is one of the top-funded vehicular companies in the US. Currently headquartered in Foster City, California, Zoox has multiple offices across the San Francisco Bay Area.

It is on a mission to produce completely driverless cars that are mindful of public road safety. It has since been acquired by Amazon and has a valuation of $1.3 billion.

Airbnb is an American company that runs an online marketplace for lodging and tourism activities. It was founded in 2008 by Nathan Blecharczyk, Brian Chesky, and Joe Gebbia. Airbnb connects homeowners wanting to rent out their houses with people looking for accommodations.

Based in San Francisco, the Airbnb platform is accessible through a mobile app and website. Currently valued at about $130 billion, it took Airbnb 2 years and 11 months to reach unicorn status. Its active investors include Sequoia Capital and Youniversity Ventures among others.

Pinterest is one of the most popular social media apps that lets users create and share photos with other people through “pins.” This visual bookmarking tool is not limited to photos alone but has since expanded to include videos and GIFs too.

Akamai Technologies is a global content delivery network that makes the internet faster and more reliable for its users. It was founded in 1998 by Frank Thomson Leighton, Randall Kaplan, Preetish Nijhawan, Daniel Lewin, and Jonathan Seelig.

Akamai handles nearly 2 trillion internet exchanges every day and almost 30% of all web traffic globally. Its other services include cloud computing and cybersecurity. With one of the world’s largest distributed computing platforms, Akamai reached unicorn status in just 1.5 years.

Chasing Unicorns: The Road to $1 Billion

While unicorns don’t happen every day, it’s interesting to see how startups offering innovative tools and services quickly reached the $1 billion mark. At one time, each of these companies faced hurdles that all startups need to overcome like how to tweak their products, identify and reach customers, or raise capital among others. Despite a myriad of challenges, it’s inspiring and affirming to see that it can and has been done.

5 Smart Home Startups That Will Transform Your House
Data Analysis Isn’t an Obscure Branch of Statistics Anymore. It’s a Fast-Growing Industry and a Critical Skill for Every Adult.