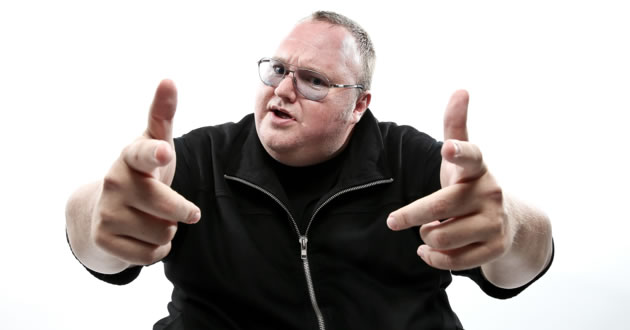 There are many controversial websites on the Internet that governments have tried to shut down. Many such websites have to do with providing users to download content that violates major Copyright laws. Where the line becomes blurred is when websites that have downloading functions are shut down that have a possible interference with the rights of free speech. Governments have been under scrutiny recently for taking privacy measures too far to the point that they inhibit the rights of their citizens and/or citizens of foreign countries.

One such website that was under a great deal of debate about whether the government was too involved in interfering with free speech was MegaUpload.com that was created by a very renown programmer, Kim Dotcom. Aside from Kim Dotcom’s incredible profits from the site and lavish lifestyle, MegaUpload.com ended up being closed down through an FBI investigation, which had many of its subscribers shocked and enraged.

MegaUpload.com is a site that has very advanced downloading and broadcasting technology to support uploading and sharing of larger files. MegaUpload.com is a Hong Kong-based website that has been accused of having items on its servers that are violating Copyright legislation. That said, the entirety of the content on their site is not in violation of Copyright legislation despite the allegations by the United States. Where MegaUpload.com became quite popular was their unique subscription service that enable users to have access to a plethora of downloaded information. Due to this attractive database of information and ability to upload very large files to a centralized place, MegaUpload.com became the 72nd most visited site on the Internet.

Why Hollywood Was Eager to Shut Down MegaUpload.com

Due to the movement to crush piracy by Hollywood in order to increase revenues from Copyright legislation, Hollywood actively tries to inhibit sites such as MegaUpload.com. The part that is controversial about MegaUpload.com is that the website had some attributes that were not illegal and that were a mere cloud-based storage system perpetuating the sharing of information. This is where Hollywood and the United States’ government are judged in their crusade against MegaUpload.com since it arguably violates Free Speech legal principles.

Why Is Kim Dotcom Locked Up?

Kim Dotcom is far from an anonymous programmer. In fact, he is quite famous for his luxurious lifestyle that is derived from his many investors on MegaUpload.com. Previously, he was charged by the FBI for accusations of piracy that he allowed on his site of Copyrighted works. In 2012, he had 18 luxury vehicles, 150 terabytes of data, and almost NZ$11 million in assets when FBI agents and New Zealand police officers burst into his mansion in New Zealand. That said, Kim Dotcom’s cases more issues than Copyright Law infringement. In fact, it raises issues whether a government can extradite an individual that is a citizen of a foreign country based on their Internet subscribers’ activity of violating Copyright protections.

What the United States government was alleging is that by Kim Dotcom and his employees at MegaUpload knowing about the illegal activity, that they were complicit and legally responsible for being punished for the violations that exist on their website. Where there has been a great deal of criticism amongst how the United States government handled the case is that there are allegations that Hollywood’s strong influence caused the government to overstep on allegations that were not entirely on base in terms of the various services that MegaUpload’s site offered to consumers around the globe.

One of the primary issues with Copyright infringement is that now, it is possible to infringe a Copyright holder’s works in multiple countries with the help of a powerful web server. The traditional in-country legislation against Copyright claims is severely challenged when it comes to the question of how a country would go about having jurisdiction for Copyright infringements that happened on a website that was incorporated in a foreign jurisdiction. This is why the case of Kim Dotcom has received such international attention because the case walks a fine line between the United States government being fairly protective of their Copyright works and intruding on the soil of a sovereign to extradite a foreign citizen that was arguably not entirely complicit in the Copyright infringements occurring on the server that he designed and incorporated in a territory outside of the United States.

When considering whether the United States went too far, one must also consider that New Zealand agreed to the extradition of Kim Dotcom and seizure of assets on their soil and many wonder if New Zealand should have been more proactive in protecting their citizen from the extradition in the first place. In the coming years, it will be fascinating to see how the digital Copyright legislation debates evolve in accordance to how piracy experts find different ways to test the limits of existing Copyright legislation in the digital sphere.

Want to read more stories about big players in the industry? Start with the articles about Jam Koum and Bernard Groves.

Should I be using a VPN for my business?
Incredible Startups that Assist Handicapped People

One thought on “The Incredible Story of Kim Dotcom and MegaUpload”