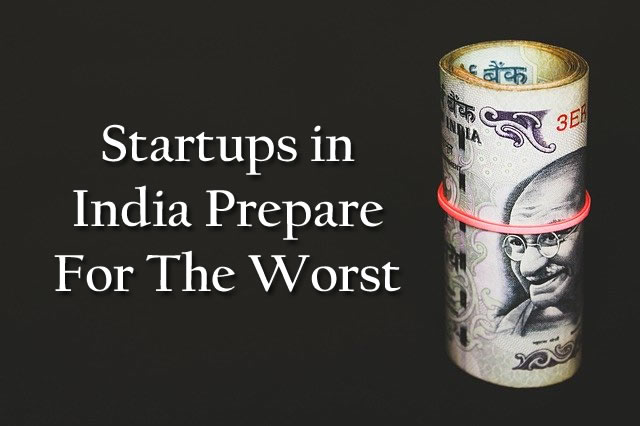 With an estimated 370,000 coronavirus cases and 12,300 deaths, India has fared reasonably okay during the current pandemic. Given its size, things could have gotten much worse. The reason for this of course, was the authoritarian and strict lockdown protocols in response to the virus.

In fact, India has been praised by experts around the world for their early response to lock down – the 25th of March. However, with great social restriction comes great economic restriction. India, as it stands, is looking into the face of a recession.

It’s thought that at least 20% of mobile shops will never even re-open again, once lockdown is lifted. This is not just because owners are fleeing the cities, but because consumers will not be able to get bank loans, as well as mounting job losses. This one specific example can sum up most of the economy.

The struggle of Indian startups

We usually associated startups with shaking up industries – but now it’s them that are being shaken. From brave decisions and aggressive ideas, they have turned to cut costs and preserving what little capital they have left.

Surprisingly, fintech in India was actually struggling before the pandemic even started. To endure a long period of little consumer spending is precisely what they didn’t need.

Startups have been forced to lay off staff and cut salaries because they have little money coming in. The Indian government is perhaps not equipped to plaster up and cover costs like many smaller central European countries can and have done. Paying 80% of the wages of 400 million working people isn’t quite as feasible, or at least for a substantial amount of time.

In the past two months, over 250 startups have folded according to Tracxn Technologies Pvt. Research. This is far from the worst of it, though, as it’s expected to rise sharply. 16,000 had already shut shop since 2016, so a lockdown followed by an economic recession is the nail in the coffin for many.

90% of firms have experienced a decline in revenue over lockdown – we have surely never seen anything like this before. 30% to 40% have halted operations temporarily, and 70% have a cash runway under 3 months.

The bleak future ahead

It’s not just consumers that are holding onto their money, but investors. Startups are being deprived of capital, and this doesn’t seem likely to change given the likelihood of an economic downturn. Once government funding and support have dried up, we will see the real effects of coronavirus.

This hurts mid and early-stage startups the most. Murali suggests that out of 1000 startups, around 200 will end up not getting the funding they want or need, whilst around 50 will end up turning to venture debt to leverage the company.

Global startups and the likelihood of a second wave

With a vaccine coming to market still being far on the horizon, it’s unlikely that social distancing will disappear for good. This isn’t to say we will remain in lockdown, in fact, many countries are already re-opening. However, it does mean we could see either a partial lockdown remain, or even worse, a re-opening then a re-closing due to a second wave.

Startups around the world will likely struggle for the foreseeable future. It’s unlikely that investors will be hungry right now when experts are fairly confident in an imminent global recession. We’re yet to see the economic downturn simply because most developed nations are still propping up businesses with Government grants and loans. But these can’t and won’t last forever.

What is likely to happen is a balancing act between the R number (infection rate) and the economy re-opening. We will see a push for money to circulate the economy, but whenever R reaches near 1 again, social distancing will be ramped up once again.

This puts startups in the most awkward of darkness. Forecasting is already a nightmare, particularly as early-stage startups don’t have an established cash flow. Economic uncertainty will be the headline for some time to come – which hardly establishes confidence in either investors, business owners, markets, or even consumers.

The only silver lining here for Indian startups and the global economy at large is that the current economic problems are not inherent weaknesses or overpricing of assets like in 2008. It’s purely a cash and demand issue right now. This means that, once things do become more certain again or a vaccine is developed, a strong economic recovery should be made relatively quickly and confidently.